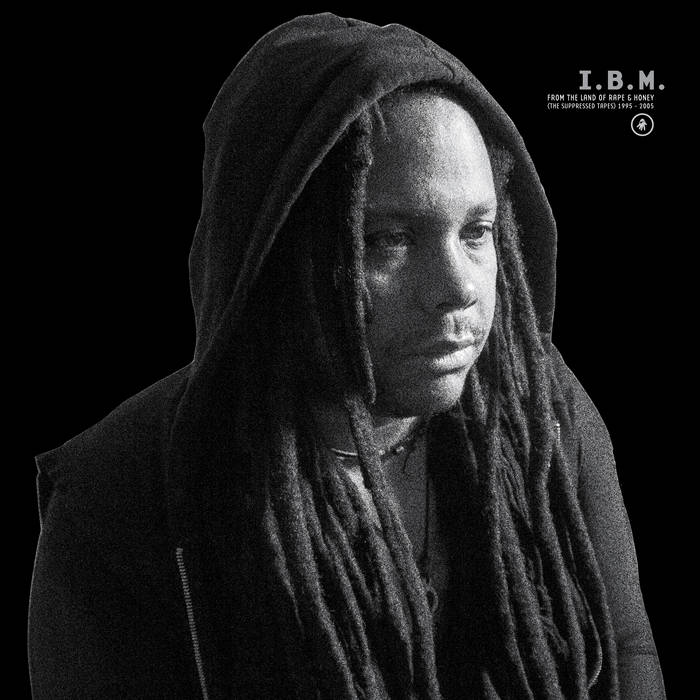 dont worry about it

Jamal Moss (aka I.B.M. - Insane Black Man) is a lost warrior of sonic truth. We first uncovered his music through his own Mathematics Records, where we were shocked to find a unique permutation of the Chicago Jack gene. We came to find out that Jamal was educated in the biz by Adonis and Steve Poindexter, and the last of the line of producers directly inspired by two pillars of influence: Ron Hardy at the Muzic Box and the club Medusa’s. This makes him uniquely qualified to write a new chapter of Chicago's history.

Digging through shoe boxes of cassettes, video tapes, and mini discs, we have collected the secret tapes of one Insane Black Man. This is an archive of the impetus of his genius, containing perhaps the holy grail of all Jamal Moss tunes “The Land of Rape and Honey” and “Tribal Retribution”. Artists on labels like LIES are still searching for these originals. We have taken them from their dusty and damaged condition and painfully & meticulously restored them, using the mastering labs of Neel’s Enisslab Studio in Rome, and for the few that even he couldn’t do, we had Carl at TruTone finish the restoration. Now we can present these fragile raw and pure visions with the greatest level of quality. Finally the full impact of these ideas can be felt.

Jamal describes his music as “post industrial angst in an urban environment.” His first experience at the Muzic Box was standing outside the warehouse space on 326 Lower Michigan Ave just watching people come outside to catch air, fascinated by the energy he was experiencing. At a later location he was finally able to get in and describes the experience as “overstimulating, I never saw anything like that, you could see the heat, it was like a sauna of raw sweat.” Later, he would spend much of his formative years at Medusa’s experiencing the city’s more alternative culture. Many people may find this surprising, going from the Muzic Box to Medusa’s, from the roots of House Music (and Techno) to the home of the Industrial sound that perhaps Wax Trax best represents. But that kind of stereotypical thinking doesn’t allow for the truth of what actually happens, people cross boundaries, experience other scenes and cultures, absorb them and add to them. No one should be prescribed a set of interests because of where they are from or what race they are born.

Jamal reminds me that Duane Buford, creator of the first record on Dance Mania and co-writer with Jesse Saunders and sometimes Vince Lawrence of such early house songs as “Funk-U-Up” (Jes’say 1984) and Le’ Noiz’s horror house bad trip jam “I’m Scared” (Trax 1985), was also a member of the Revolting Cocks and Ministry. Before Mathematics took off, Jamal was in talks with 4AD to make an industrial record for the label. These towers of influence collide easily in the mind of the Insane Black Man. Why must we call him insane? That may be society’s futile view, which would prefer to put everyone in easy boxes, whereas we would be more likely to call him a visionary.

In his own words:
Purpose & Reasoning of Collection of Works None just for therapeutic purposes 2 Exercise The Demons 2 keep oneself from going over The edge .

Everything by Jamal Moss.