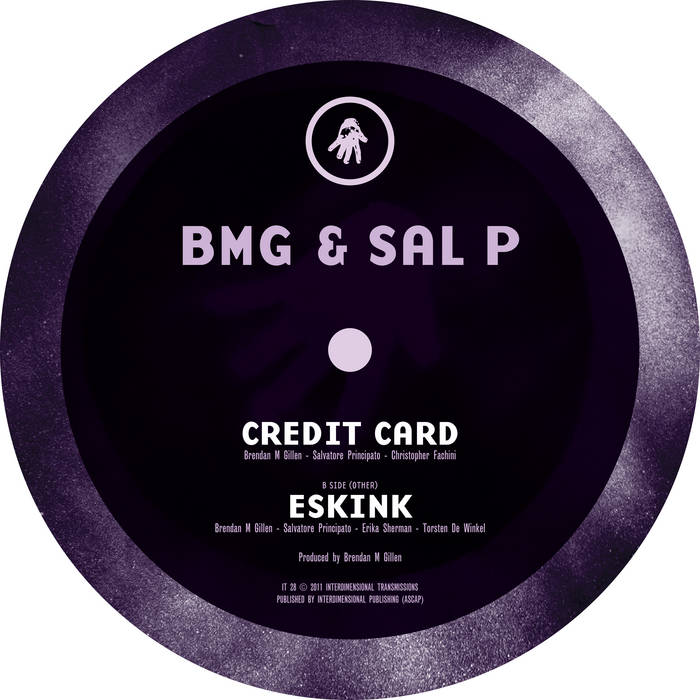 In the words of BMG:

I first met Sal when I was performing on the same stage as him at the Detroit Electronic Music Festival in 2003. I had been asked to write an article for the MetroTimes about Liquid Liquid reuniting and performing along with ESG on the Underground Stage of the DEMF, and when I finally met him backstage, he told me that it was the first article on Liquid Liquid that they wanted to keep a copy of. While Ectomorph went out on stage, ESG ate all our food.

The next time I met Sal, I was teaching about using computers to make music as one of three technical advisors for the the RBMA in Cape Town, South Africa (the other two were Patrick Pulsinger and Osunlade). Patrick had a friend from Austria who was down there giving wine tours for a living, and we had talked him into taking us around. Sal joined us that day, and as we went to vineyards and the Cape where the oceans meet, our van got stopped by a parade of marauding baboons as we left the penguin beach, and we were later thwarted by some really frisky Ostriches. As Sal gave me some advice on why to not get married, Patrick proposed that instead of me & him DJing at this open air warehouse party that evening, we combine my Ableton DJ live edit remix loop thing with him on 909 and Sal on Conga and Voice. The rest, as they say, is history.

Out of those basement jam sessions (which included everybody I ever collaborated with that was still in Michigan, plus a few surprise guests) came the raw seed for the song "Credit Card," with crucial elements coming from a half remembered lyric by Sal from when Bill Clinton came to office, and a bass line from a never recorded Godzuki demo assignment from Crispy (aka Christopher Fachini). In this new context I felt a spark that this could be something really powerful if presented correctly.

For our live shows together (which we initially did as Electric Skin until we decided the name sounded like a bad psych band becoming a prog group) I created a version which could be performed on stage, and out of that came the final version. Recorded in the going-out-of-business White Room studios with a control room that was practically the Vintage King display floor (they sold the mixer we were working on during this project to Billy Corgan who had just outbid Pete Townsend by $10,000). We re-recorded Sal's voice and mixed down the record with no software effects or emulations, just Ableton for editing and the Analog gear with a mixing engineer (John Smerek) with 18 years experience to record it. Also new in our process. From that comes this 12" and the final version of the song "Credit Card."

The B Side "Eskink" comes from the same flow of ideas, but had an additional turn in Hallien, Austria, 2005. I had been brought to a concept event called Schmiede in an old salt refinement factory in the ancient Celtic Alps to teach making music with computers and to perform as Ectomorph with Sal P. Before Sal and Erika arrived, another musician participating in the event named Torsten De Winkel offered to jam with me and let me record some lines for additional textures in the show. He led an Avant Jazz project called New York Jazz Geurilla, was born in La Paz, and had toured with Pat Metheny as second guitarist, so I knew he could at least play. I played him this song and he began to play his guitar like some funky David Byrne wanting to play at the Apollo shit, and right when we were about to call it quits, he showed me his electric sitar. After just a few takes he fit right inside one of Erika's keyboard lines and it flowed perfectly. We performed with it in the Schmiede live show, recorded the show in Ableton and used that arrangement with very little modification as the basis for the final mix, which is why it slows down at the very end.

So that is how a guy originally from NYC's No Wave scene came to create music on three continents with a guy searching to escape the confines of "Detroit purist electro act Ectomorph" without abusing any cowbells (unless they were played as additional vibration for the agogo).