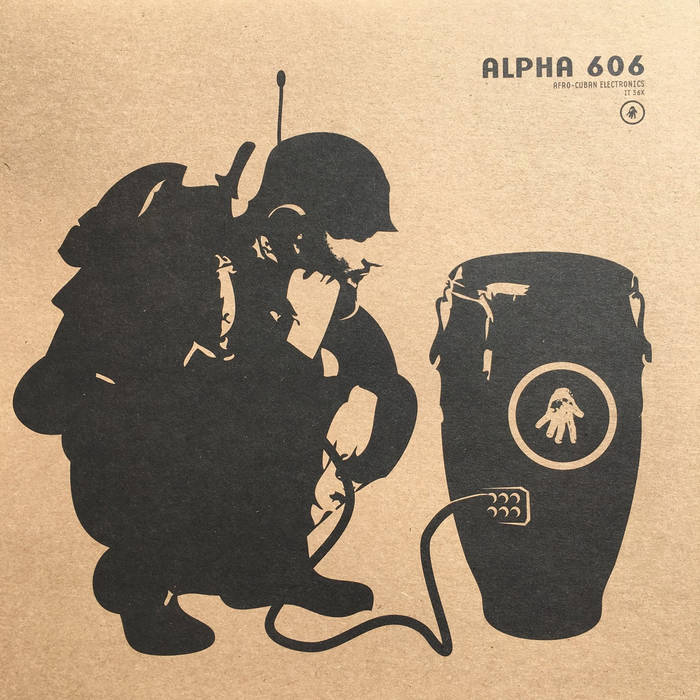 This is Miami post bass from a Cuban perspective. What is it to be an exile of the country you love? The largely Cuban city Hialeah, part of the sprawling Miami metropolis, is home to not only Alpha 606’s exiled family, but also to Miami Bass.

This is the lost album from Alpha 606 entitled “Afro-Cuban Electronics”, hot on the heels of the Alpha 606 RMXD ep, which featured outstanding remixes from Anthony “Shake” Shakir, BMG, and Erika.

Alpha 606 is Hialeah born, Miami dwelling Armando Martinez, who offers an intoxicating concoction in the form of his unique take on this music. This album is a love letter to Cuba and his family and their struggles, from the vivid anthem “Defection” which claims “Defection was our only choice, it all happened when you first oppressed our voice”, to the reflective beauty of “Boatlift”. From powerful to subtle and gentle, the rhythms and visions of Cuba invoked through the incredible hand drumming are all alive within this music. The vinyl edition includes a live version of “Shake” from an Interdimensional Transmissions party in Detroit thrown every Halloween called Samhain. The digital version includes the bonus cut “No Me Quieras Tanto (Cafta Version)”, a tribute to a Perez Prado song from 1947, the artist known as the King of the Mambo.

In 2008, IT signed Miami based electronic musician & live percussionist Armando Martinez, best known as Alpha 606. Born in Miami to Cuban immigrants, he is a multitalented multi instrumentalist. His innovation is in blending the varied history of Electro, 20th Century Avant Garde and his native Cuban influences, ranging from the ritual music of Santeria to the Afro Cuban highs of 1930's Havana. With this stew of influences, he creates a dense and colorful sound, melding advanced electronics with intricately played live hand drums. His style is the definition of a new sound, known as Electrónica Afro-Cubano.

"The name Alpha-606 is a hybrid of Alpha 66, the anti-Castro freedom fighting group, and the Roland TR-606 synthesizer machine. I'm just anti-Castro by myself. But I don't put much effort into it." - Armando Martinez